One of my pics has ended on an online gallery of National Geographic:

I was at Yala National Park in Sri Lanka and it was the lunch break by the river where you are allowed to get out of the car. Almost all other people had already started their afternoon safaris and hubby and I had stayed longer when all of a sudden the curious and also intrusive monkeys which live there started to use an hanging branch to dive into the water and started to play.

I pointed my camera, strived with the difference between the harsh light of the early afternoon and the shadow of the side branch of the river where these macaques where having fun, it was a matter of a second. 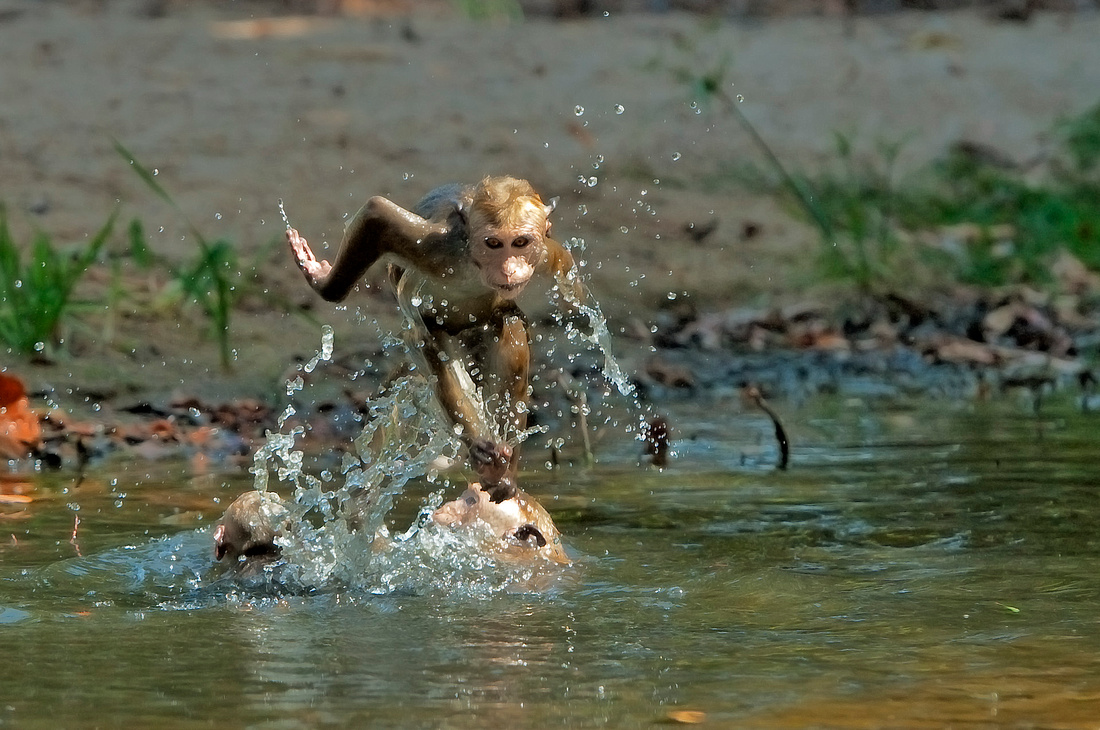 swimming macaquesAt Yala National Park in Sri Lanka near a river, these macaque monkeys, which I had seen also in the previous days to fool around, to deflea or to eat suddenly started to jump into this sidestream and to play with water. In a moment it was over and the monkeys were back to the bush.